Firstly, I wanted to thank you for putting this issue on the agenda and being willing to listen to your constituents. I’m here today to express my concerns about the rush to roll out 5G wireless technology here in Florida.

I’m not opposed to technological advancement, but I think it’s important that we ensure that it be done safely. This deployment means that thousands of what are called ‘small cell’ towers will be constructed near residential neighborhoods. And these wireless antennas emit huge amounts of microwave radiation.

I’m not a scientist myself, but I’ve looked at the scientific studies which have linked wireless radiation to harmful health effects such as brain cancer, sleep disruption, and DNA damage. 5G technology will be hundreds of times more powerful than 4G and uses millimeter wave frequencies that were originally developed for use in military grade weapons.

The WHO in a 2002 report said that children are especially vulnerable to electromagnetic radiation, but already we’re now seeing these towers deployed next to schools, parks, and playgrounds.

Just recently 4 students at an elementary school in California have been diagnosed with cancer after a cell tower was installed on the property a few years prior. In Los Angeles county, firefighters developed neurological issues and abnormal brain chemistry, which led to an outright ban on the placement of towers near fire stations.

Everyone will be irradiated with non-ionizing radiation 24 hours a day with completely unknown health effects.

So, we’re moving forward with technology that has not proven itself to be safe and the public should not be treated as guinea pigs. Hundreds of scientists from around the world are calling for a moratorium on the rollout of 5G pending an independent investigation. The US Conference of Mayors opposes the attempts to prevent local regulation and has even threatened to sue the FCC.

I understand that regulating this technology is pre-empted at the state and federal levels of government. But my concern is, what kind of consequences are we willing to tolerate before we realize that this was a bad idea?

The risks to public health, decreased property values, and the impact on insects and the environment are too great to allow this to go forward without proper scrutiny.

If something isn’t done now to slow the deployment of this technology, it’s only going to be that much harder to oppose once it’s fully rolled out, even if it becomes proven that it’s causing cancer and other diseases.

In closing, I want to say that rushing forward with residential 5G is irresponsible, dangerous, and would be in direct opposition to the City Council’s job to protect the health and welfare of its residents, so I would encourage you to support a strong local resolution against it. 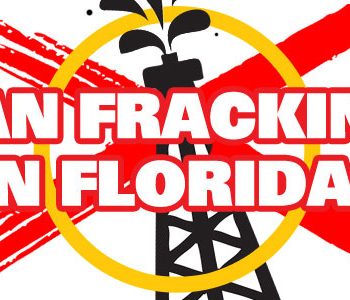 The obedient view themselves as virtuous, never cowardly.
Now that “science” is admitting fault, people will say “but I did my best and I trusted the science!”
Problem is- you were lied to the whole time, you’re medically damaged, & you couldn’t discern truth from $cience.

Absolutely nothing to see here.

We are literally witnessing a worldwide coordinated plan to shut down farming. If you don't believe this is about depopulation yet I'm not sure what is going to convince you.

CDC data. Lockdowns did nothing. All harm, no benefit.

The forced military COVID-19 vaccination program is a crime in progress.

Legally @SecDef cannot force members to take a non-approved vaccine, yet he is.