In the recent past, Florida nearly became the largest state to pave the way for fracking, which would have opened up much of the Everglades to widespread oil and natural gas exploration. The Department of Environmental Protection (DEP) revealed that a Texas-based company made the very first fracking attempt in Collier County. For starting operations without an environmental review or permission, the company was fined a mere $25,000.

In response, a diverse group of nearby citizens concerned about the safety of the drinking water began to flood committee meetings and protest outside State Senator’s offices, culminating in an 80-mile six-day march from the West to the East coast led by outspoken activist Karen Dwyer. A similar citizen-initiated campaign quickly formed in Miami-Dade, and was successfully able to convince a handful of State Senators to switch their votes on the issue. Both coalitions quickly pivoted the conversation and began to demand a full statewide fracking ban instead. Dan A. Hughes has since shut down all of its operations in Florida.

Despite that these drilling sites might seem so far away from Miami, this is a grave concern locally as well, as Miamians get their drinking water from the Floridan and Biscayne aquifers. Fracking operations involve injecting hundreds of toxic chemicals deep into the earth. However, in the case of Florida, that underground topology consists of porous karst limestone. In 2003, scientists at the U.S. Geological Survey injected a red dye solution into the Biscayne aquifer and discovered that it entered into the public water supply much more quickly than anticipated.

Many states including Pennsylvania have experienced water contamination issues resulting from fracking. Lands remain in a complex arrangement of leasing agreements and exploration rights that don’t consider the health and welfare of the landowners. Continued oil and natural gas exploration also involves destructive seismic testing, which alone risks contaminating underground and surface water supplies. Florida remains at risk from these destructive practices without a statewide ban.

There has been a dramatic reversal of support in the Florida Legislature for fracking in just a few short years time. The freshman and incumbent legislators who broke ranks to co-sponsor these bills deserve recognition for their courage, and the reassurance that the public supports them so we can finally ban fracking once and for all.

Voters have been sending clear signals about their desire for clean energy funding in the past several election cycles, with widespread approval and passage in 2014 of Amendment 1 funding for conservation and restoration, the pro-solar initiative Amendment 4 in 2016, and the defeat of industry-backed Amendment 1. The present and future safety of the drinking water supply is too precious a resource to risk, and drilling methods that are exempt from the Clean Water and Air Acts and other important environmental protections should be permanently banned, and we should instead move forward with real investments in non-extractive energy sources.

The passage of a statewide ban has the support of the over 90 cities and counties that have already passed local ordinances or resolutions against fracking; however, to get it passed, the public needs to be much more vocal. Let these key people know to move the process along quickly:

2. Next, find your State Rep. at myfloridahouse.gov and urge them to pass a ban on fracking this year! 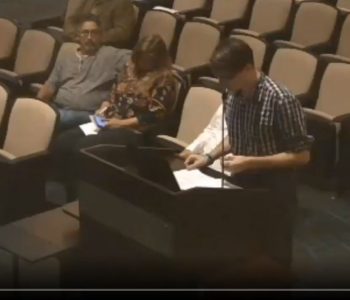 Social distancing does not work
Masks cause Oxygen levels to dangerously drop
Masks cause brain damage
Masks cause lung cancer
Masks cause COVID-19
Vaccines do not prevent infection
COVID-19 no longer exists https://twitter.com/Timcast/status/1562789184691064832

Watch as CHD continues to expose the collusion between Big Tech, Big Pharma + our own government.

Is @politico now contradicting WHO on vaccines as relates to them being “safe & effective”? Isn’t this a bannable offence under the guise of “medical misinformation”? Or is it OK because it blames Trump? https://twitter.com/politico/status/1562462330230751232

The Trump administration pressured the FDA to authorize unproven treatments for Covid-19 and the first Covid-19 vaccines on an accelerated timeline, according to a House report released Wednesday.

If someone with such impeccable scientific integrity as @ClareCraigPath is suspended from twitter then you need to wake up to the fact that democracy is being destroyed not just by government who are too close to big business but by social media too. Enough now. ENOUGH

-Then the CDC said there will be sweeping overhauls

-Now Fauci is stepping down from government roles

It couldn't be more clear. They made their millions, the vaccine gold rush is over and they're trying to save face.